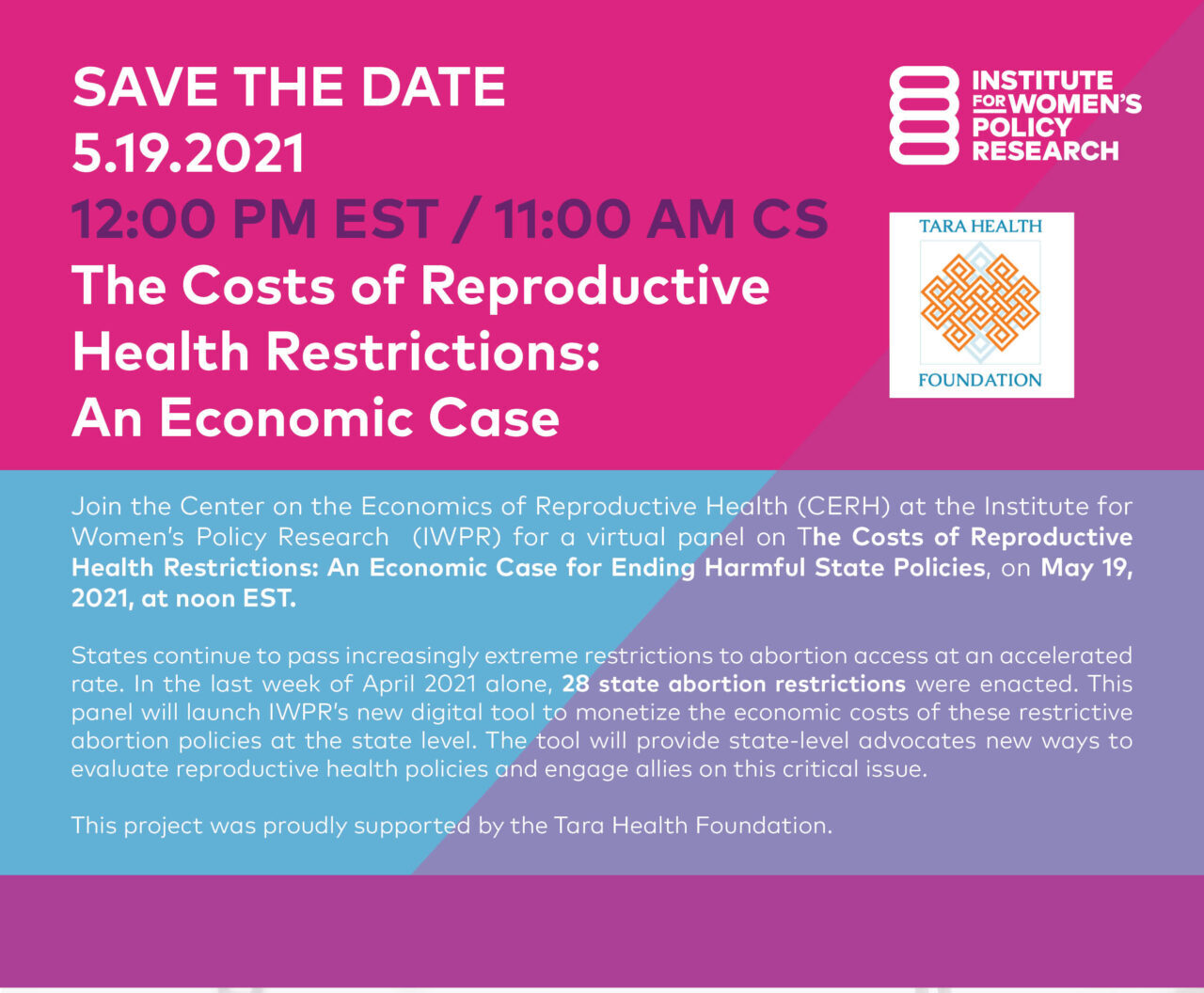 The Costs of Reproductive Health Restrictions: An Economic Case

Check out the web tool here

States continue to pass increasingly extreme restrictions to abortion access at an accelerated rate. In the last week of April 2021 alone, 28 state abortion restrictions were enacted. This panel will launch IWPR’s new digital tool to monetize the economic costs of these restrictive abortion policies at the state level. The tool will provide state-level advocates new ways to evaluate reproductive health policies and engage allies on this critical issue.

This project was proudly supported by the Tara Health Foundation.

Register for the event here

Following the launch panel, we will host a short series of conversations starting at 1:30 p.m. to discuss the critical moment we are in: an opportunity to shape the post-COVID “she-cession” recovery and demand action at the intersections of gender and racial equity and reproductive and economic justice.

These conversations will focus on how we might build stronger movements and communities of practice committed to women’s long-term economic security and well-being; produce relevant and timely research to fuel change at the local, state, and federal levels; and identify strategies to support women’s full reproductive autonomy and agency.

Panel – It’s Our Movement(s): Working at the Intersections of Reproductive and Economic Justice to improve women’s reproductive health, freedom and autonomy.

Please tune in as we mark the launch of IWPR’s new digital tool and amplify the cross-sector efforts to ensure access to reproductive health services and protect women’s economic security and well-being.