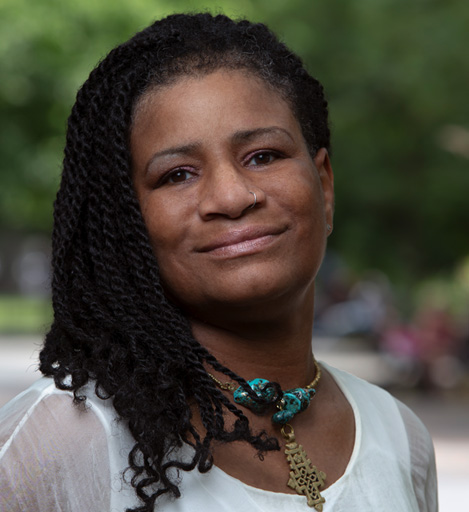 Michelle Holder is President and CEO of the Washington Center for Equitable Growth as well as Associate Professor of Economics at John Jay College, City University of New York. Prior to joining the John Jay College faculty, she worked as an applied economist for a decade in both the nonprofit and government sectors. Her research focuses on the Black community and women of color in the American labor market, and her economic policy reports have been covered by the New York Times, the Wall Street Journal, the New York Amsterdam News, El Diario, and Dollars & Sense magazine. Michelle has also appeared on, or been quoted in, media outlets such as CNN, Washington Post, NPR, The New Yorker, Black News Channel (BNC), PBS, MSNBC, Al Jazeera-English, Marketplace, and Vox.com.

Her second book, Afro-Latinos in the U.S. Economy, coauthored with Alan Aja, was released May 2021 by Lexington Books, an imprint of Rowman & Littlefield.