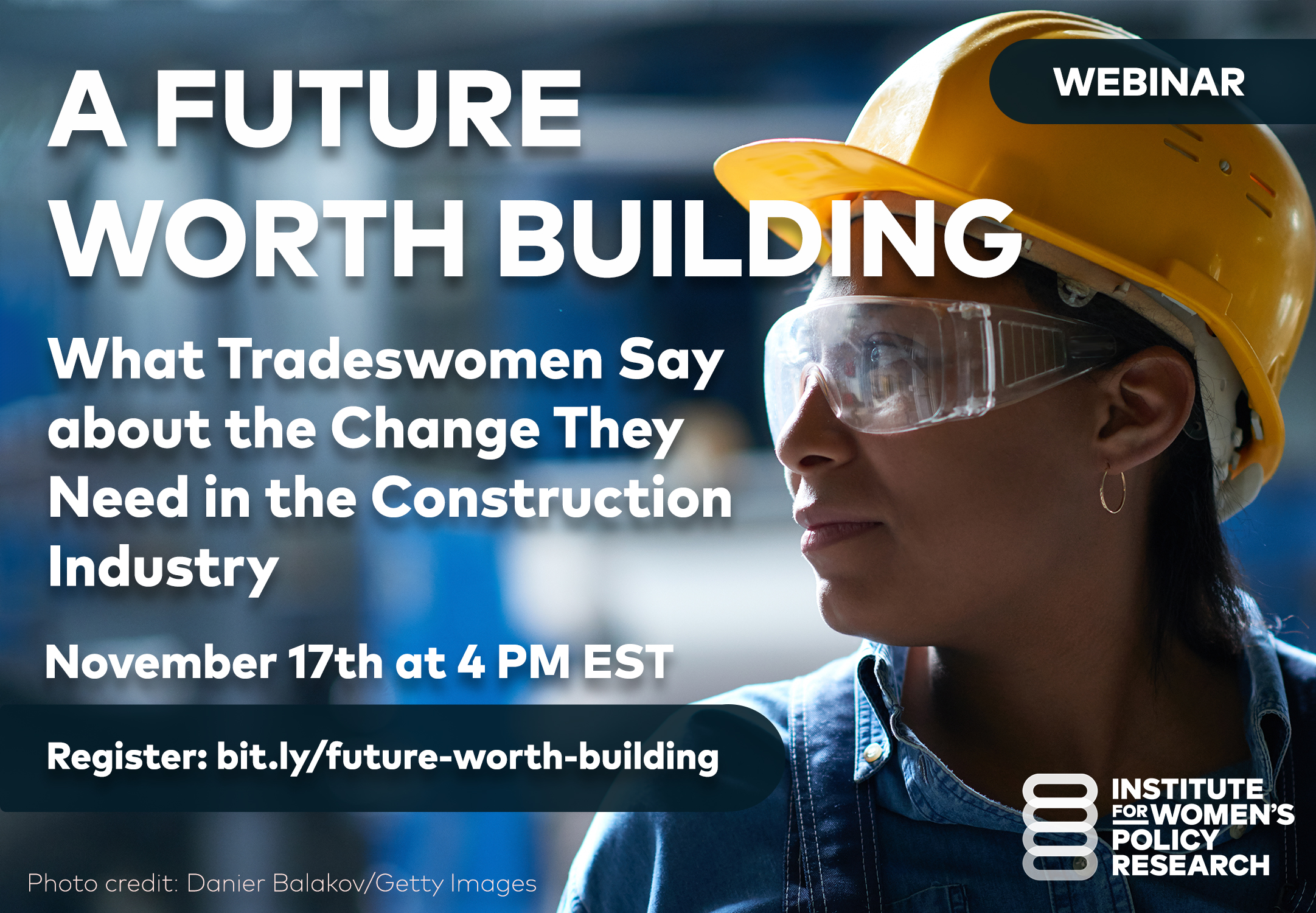 A Future Worth Building: What Tradeswomen Say about the Change They Need in the Construction Industry

More women than ever work in the trades, including women apprentices from all racial and ethnic backgrounds. Yet, while numbers are growing, women still are fewer than one in twenty of construction workers.

Please join us for a webinar to mark the release of IWPR’s new report on what helps and hinders women’s success in the trades. The report is based on the IWPR 2021 Tradeswomen’s Retention and Advancement Survey, which was answered by over 2,600 tradeswomen, including close to 600 apprentices. Participants will hear directly from tradeswomen about the role of the broader tradeswomen community and women-focused training programs in supporting the next generation of women working in the trades. Federal and state program administrators will also join to discuss policies that help create respectful, discrimination-free workplaces and ensure that women get fair access to publicly funded construction jobs.