Ten months into the COVID-19 pandemic, data continue to show that women are impacted more strongly than men by the recession.

Washington, DC—November saw continued slowed growth of jobs on private non-farm payrolls, with women gaining 168,000 (68.6 percent) of 245,000 new jobs, comprising around half of women’s job growth in October. The number of women on non-farm payrolls is still 5.27 million below February’s levels, compared with 4.56 million fewer for men.

Women’s unemployment figures hide differences by race in labor market entries and exits. In November, there were 139,000 fewer White women ages 20 and older in the labor force compared with the previous month, but 60,000 more Latinas and 94,000 more Black women.

While the official rate of unemployment has fallen for women, it does not capture the 2.18 million women who left the workforce since February, compared with 1.8 million men. Another worrying trend is the growing rate of the unemployed who have been out of work for six months or more, up to 36.9 percent in November from 32.5 percent in the previous month. In October (data for November are not yet available by gender), 1.7 million women had been officially unemployed for more than 26 weeks. The rate of long-term unemployment was particularly high for Latinas (then at 38 percent of all unemployed Latinas).

IWPR Statement: As the new administration considers strategies to revive and restart the economy, gender-equitable measures will be needed to tackle the root causes of the iniquities the pandemic has laid bare.  Care jobs, which are mostly women’s jobs, must be properly paid. Workforce development is needed to place women into jobs with family-sustaining wages. And aggressive investment must be made in universal child care and elder care supports so that women are as able as men to work, train, and study to support their families. 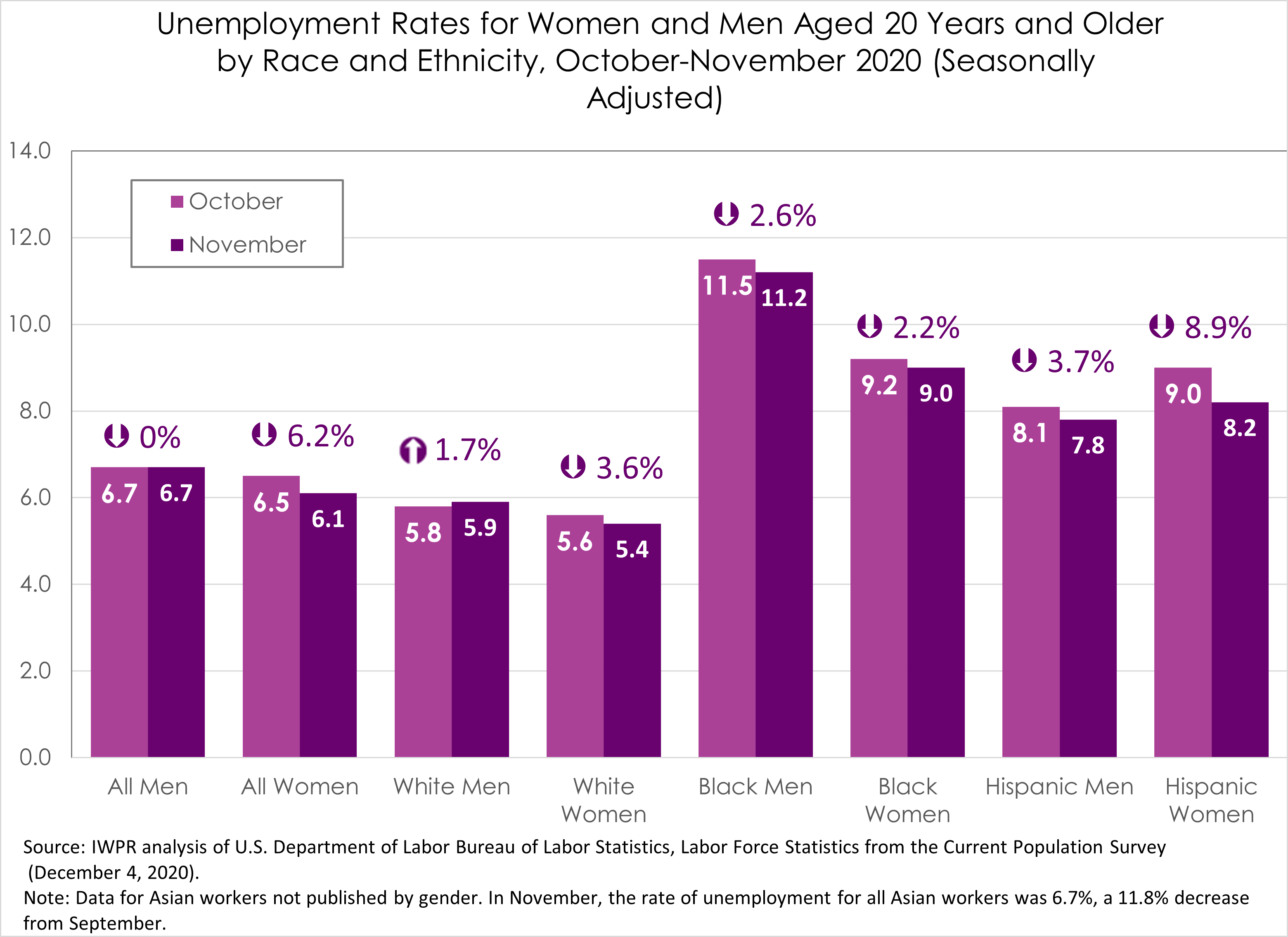 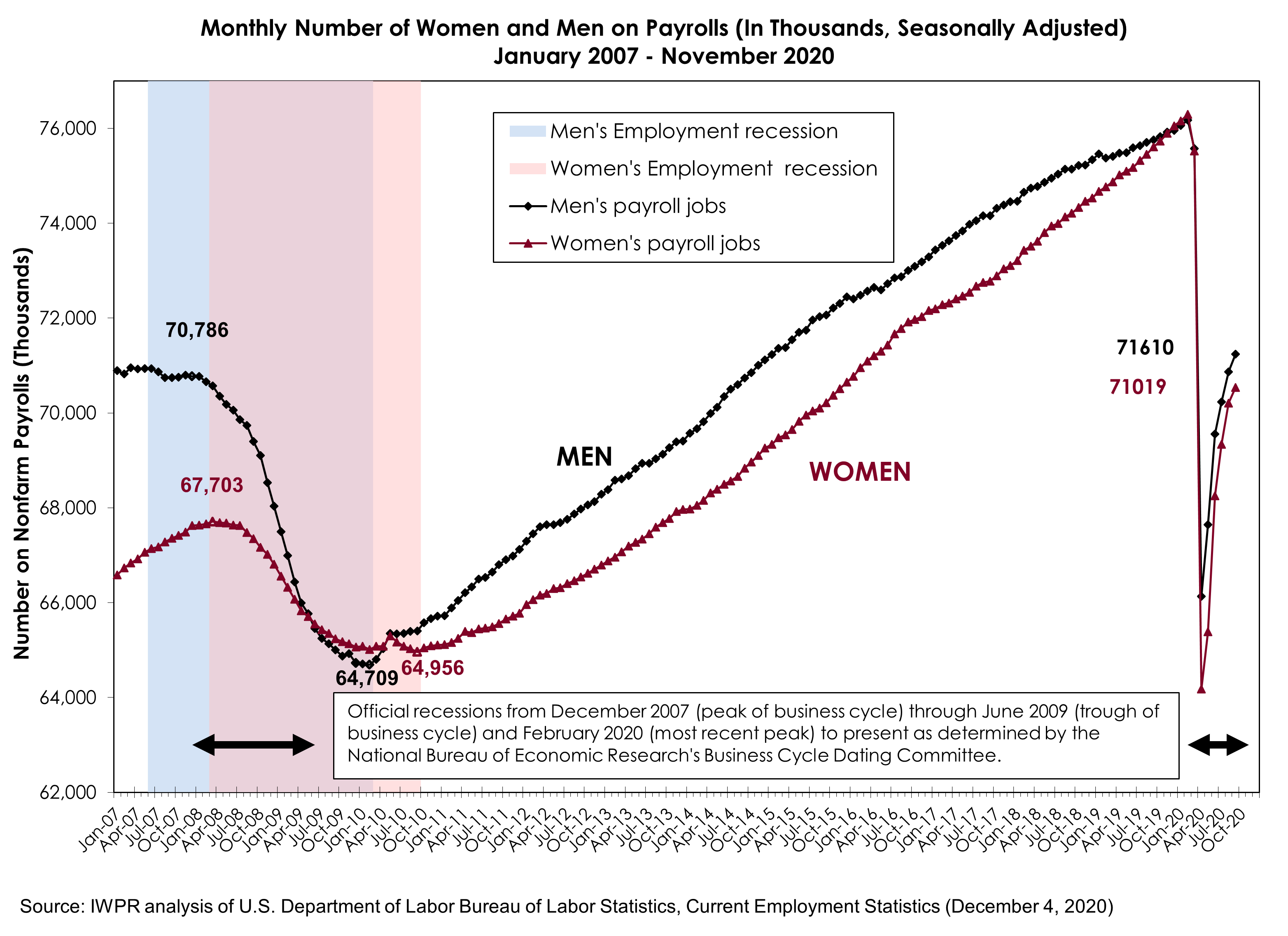