Washington, DC—New National Survey by IWPR finds in first 100 days and beyond, affordable, high-quality healthcare, getting the economic recession under control, and job creation are top priorities for women for the new Administration and Congress. Raising the minimum wage and taxes round out top five priorities. A great majority also support paid sick leave.

The top priorities for women are highly influenced by their experience during the pandemic, the economic downturn, and their inability to make ends meet or find work.

Women have been most affected by the COVID-fueled economic downturn. Employed in the hardest-hit sectors — education, hospitality and leisure, healthcare, and service — more than 11 million women have lost their jobs and another 2.65 million have left the workforce since February due to caretaking demands or an inability to find work. 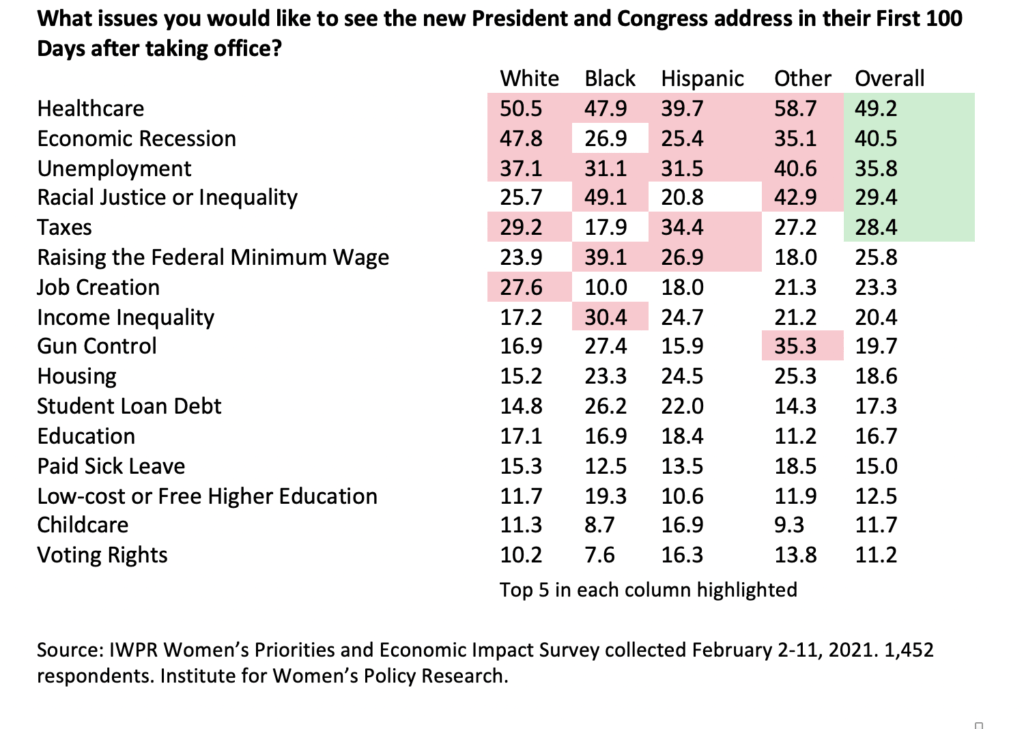 “The experiences of women during the pandemic with job losses, increased caretaking responsibilities due to school and daycare closures, and economic hardship means they should take the lead on helping define policy priorities and strategies for an equitable recovery,” said C. Nicole Mason, PhD, President and CEO, Institute for Women’s Policy Research.

“Short and long-term relief and recovery strategies should focus on job creation in hardest hit sectors, and economic and social supports for women who will not be able to immediately return to the workforce.”