Washington, DC— While new Employment Situation data for February shows a 245,000 increase in women’s jobs on payroll (64.6% of all added jobs), women are still 5.1 million jobs below February 2020, compared with 4.4 million fewer jobs on payroll for men; at its deepest level in April 2020 women’s payroll employment was down 12.1 million.

“Millions of women in hard hit industries are out of work and will need support to pay their bills and get back to paid work,” said C. Nicole Mason, PhD, president and CEO of IWPR. “This month’s Jobs Day report shows that one in ten fewer Black and Hispanic women are employed compared to a year ago.”

This month’s Jobs Day data points to continuing problems for parents: employment in the childcare sector again improves only marginally (by 1.1%), and is still 16.3 percent below February 2020 levels, almost three times worse than the payroll employment gap overall (6.2% below).

“The unemployment rate for Black Women is almost 9 percent — we are over represented in industries including child care, hospitality and service jobs that have been hit hard by the economic downturn from the pandemic,” said Dr. Mason. “Black women need support – including continued unemployment payments – and a chance to get back into the labor market while. Millions of families cannot pay rent or buy food now. This pandemic is not over.”

Women’s job losses have been compounded by racial and ethnic differences, and Black women have faced the highest rate of unemployment among women 8.9 percent, followed by Hispanic women at 8.5 percent.

Asian women saw the biggest drop in unemployment, by 25 percent (from 8.0 to 6.0%, seasonally unadjusted data). White women’s unemployment increased slightly, from 5.1 to 5.2 percent. 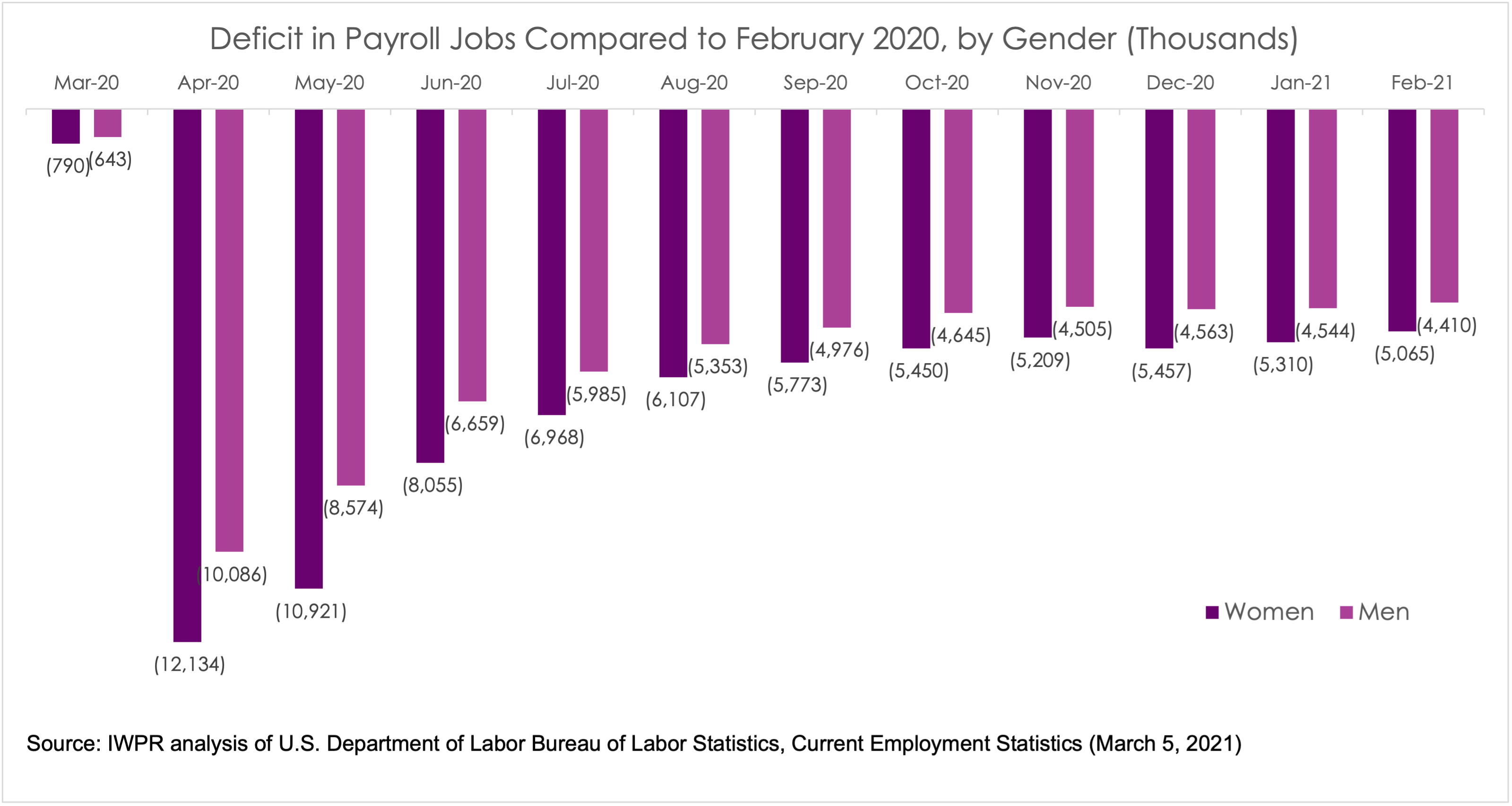 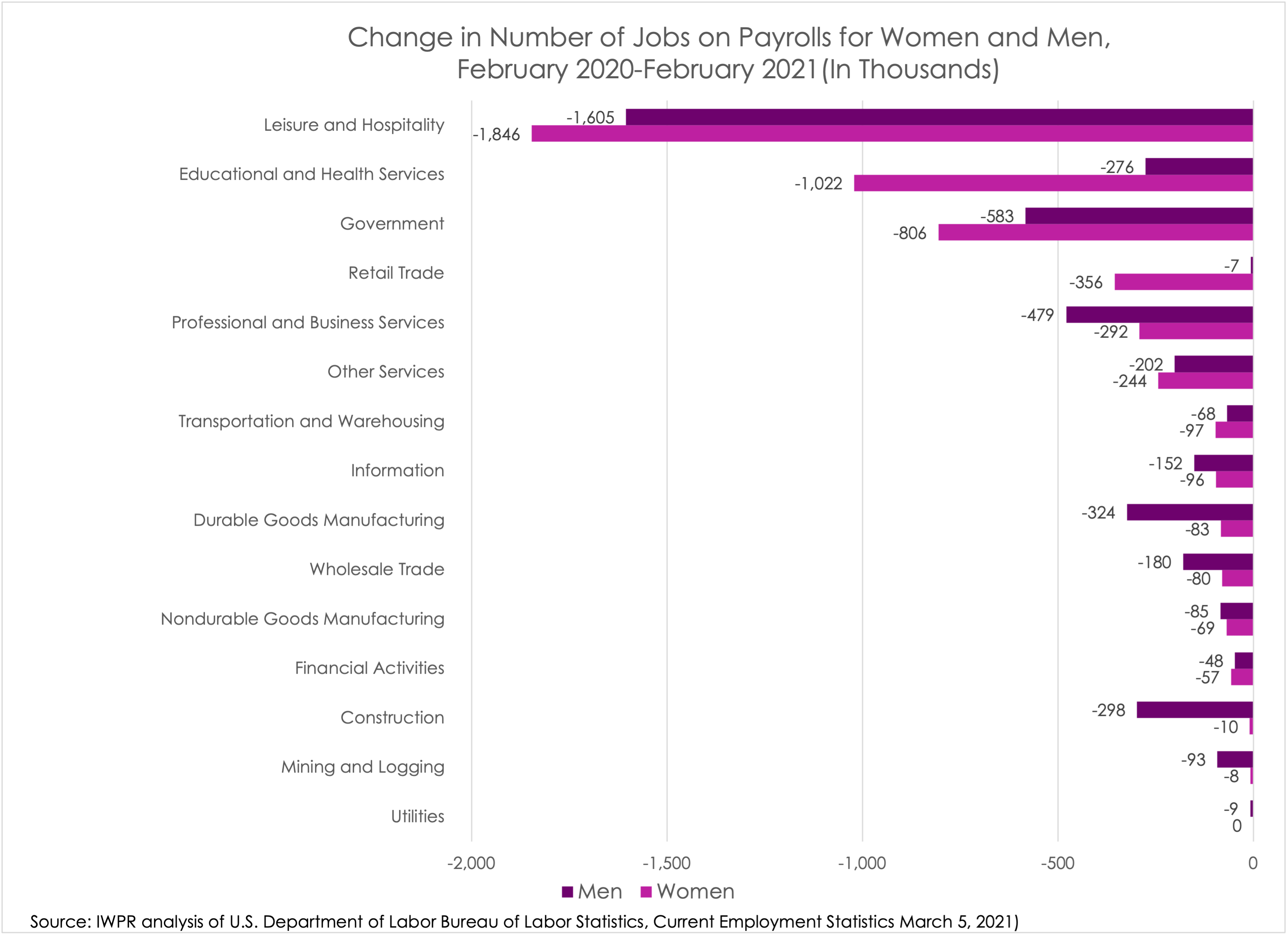 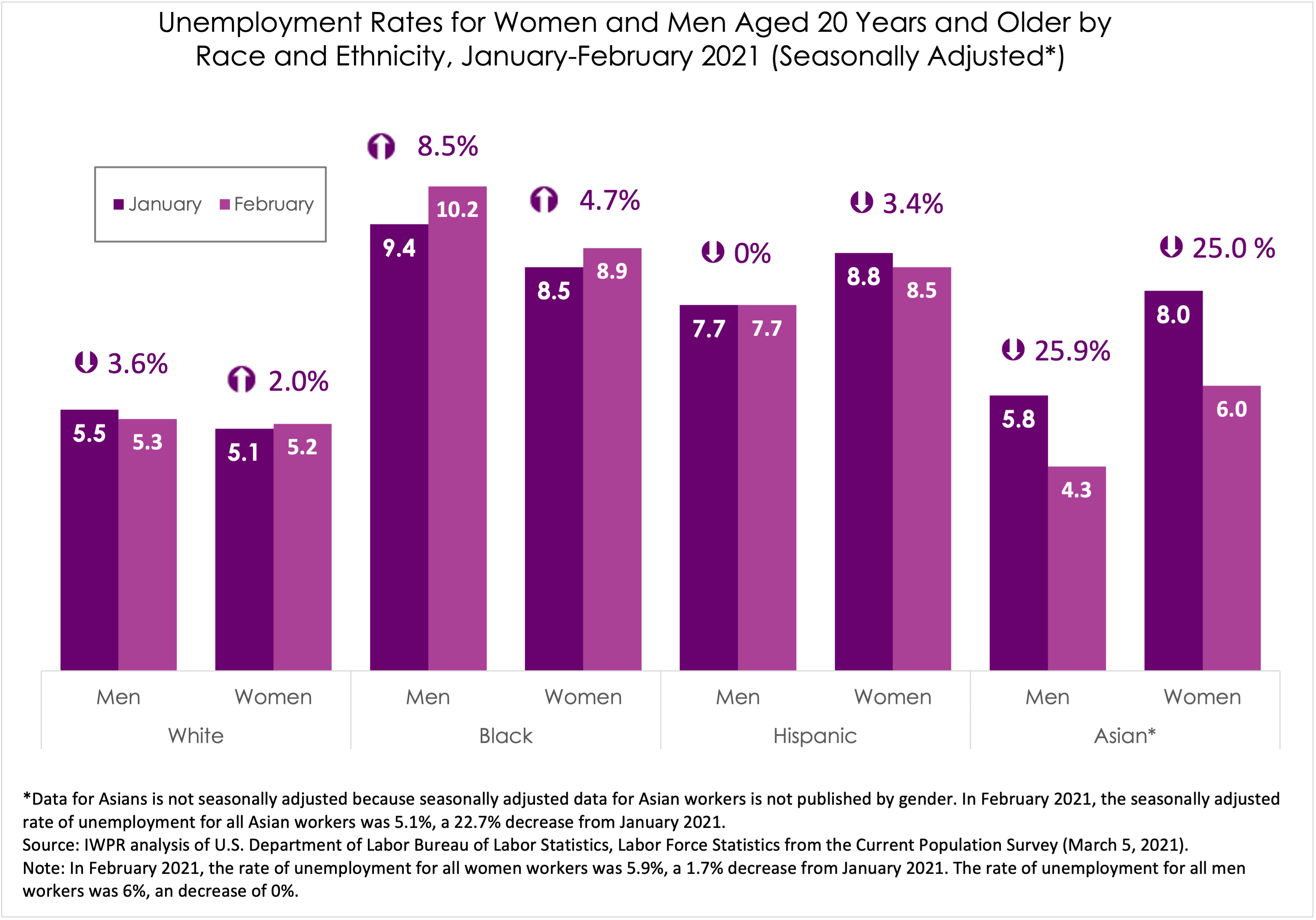