Washington, DC— The number of workers on payrolls improved only slightly during January, according to this month’s Employment Situation release. Women still hold 5.3 million fewer jobs on payroll than they did in February 2020, before COVID-19 recession hit, men 4.6 million fewer. Women are still only at 93 percent of pre-COVID payroll levels, men are at 94 percent.

In a sign of the lack of progress towards a recovery for women, employment in child care services declined slightly since December, by 3,800 jobs on payroll, and is still is 16.2 percent below pre COVID-19 levels in February 2020, much less progress than for payroll employment overall, which is 6.5 percent below pre-COVID levels.

Women’s job losses have been compounded by racial and ethnic differences, and Hispanic women have faced the highest rate of unemployment among women (8.8 percent). 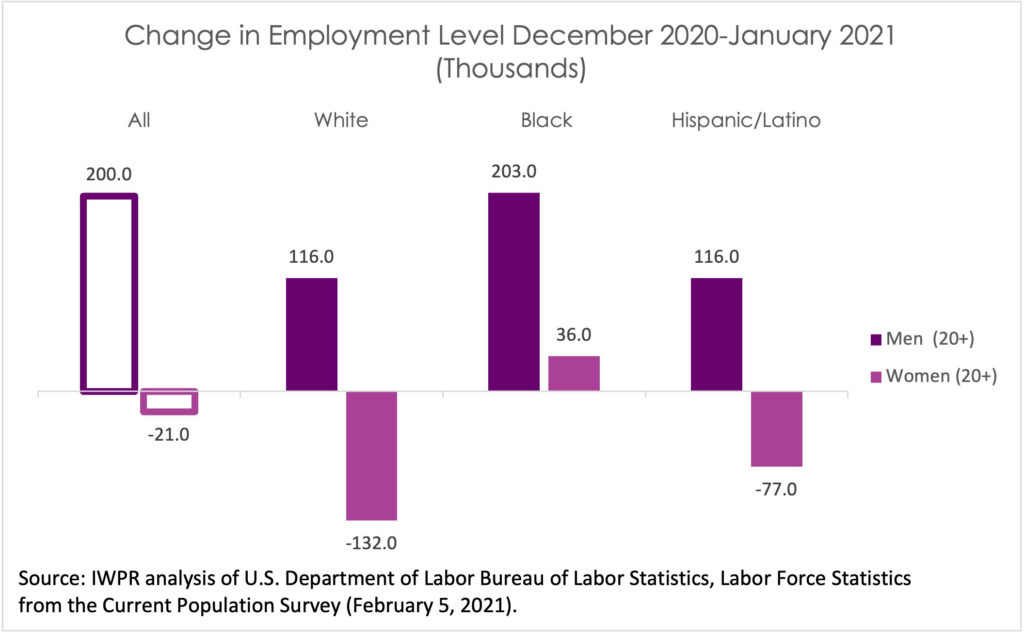 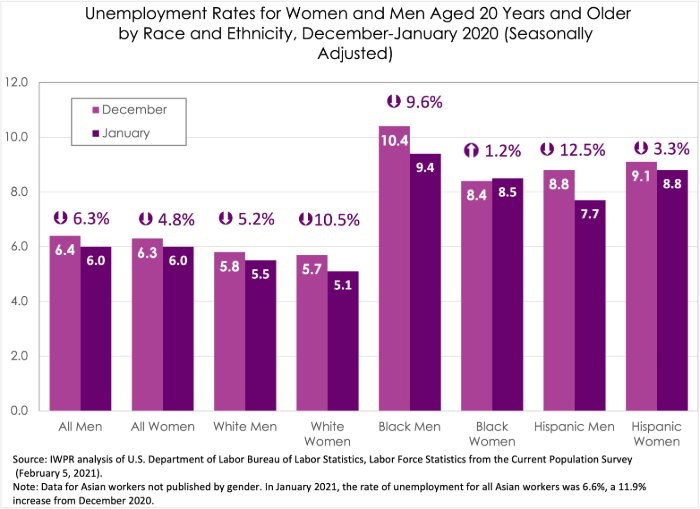