Washington, DC – A new policy brief, The Weekly Gender Wage Gap by Race and Ethnicity: 2020 from the Institute for Women’s Policy Research (IWPR), provides the first data on COVID-19’s impact on the gender wage gap. It finds that the wage gap narrowed, but reasons for the change point to growing inequality instead of progress for women. Women’s average earnings increased more than men’s because lowest paid women were the most likely to lose jobs during the COVID-19 shecession – and are no longer counted in the average women’s weekly median earnings.  As a result of the missing lowest-paid women, the gender wage gap narrowed, between all women and men, and between women and men by race and ethnicity.

IWPR Senior Research Fellow Ariane Hegewisch said, “In any other year, the narrowing of the gender wage gap would be good news; this year it highlights the dramatic impact of job losses on the women who can least afford it.”

Key findings from the fact sheet include:

“Women — especially Black and Latina women — need bold and immediate action to help them weather the pandemic and re-enter the workforce. But that’s just a start,” said C. Nicole Mason, IWPR President and CEO. “We need a $15 minimum wage, increased care infrastructure spending and child care support to repair the economic damage from this pandemic and rebuild the economy in a more equitable way.”

The fact sheet is co-authored by Ariane Hegewisch and Eve Mefferd at the Institute for Women’s Policy Research and is based on analysis of the U.S. Bureau of Labor Statistics Current Population Survey. 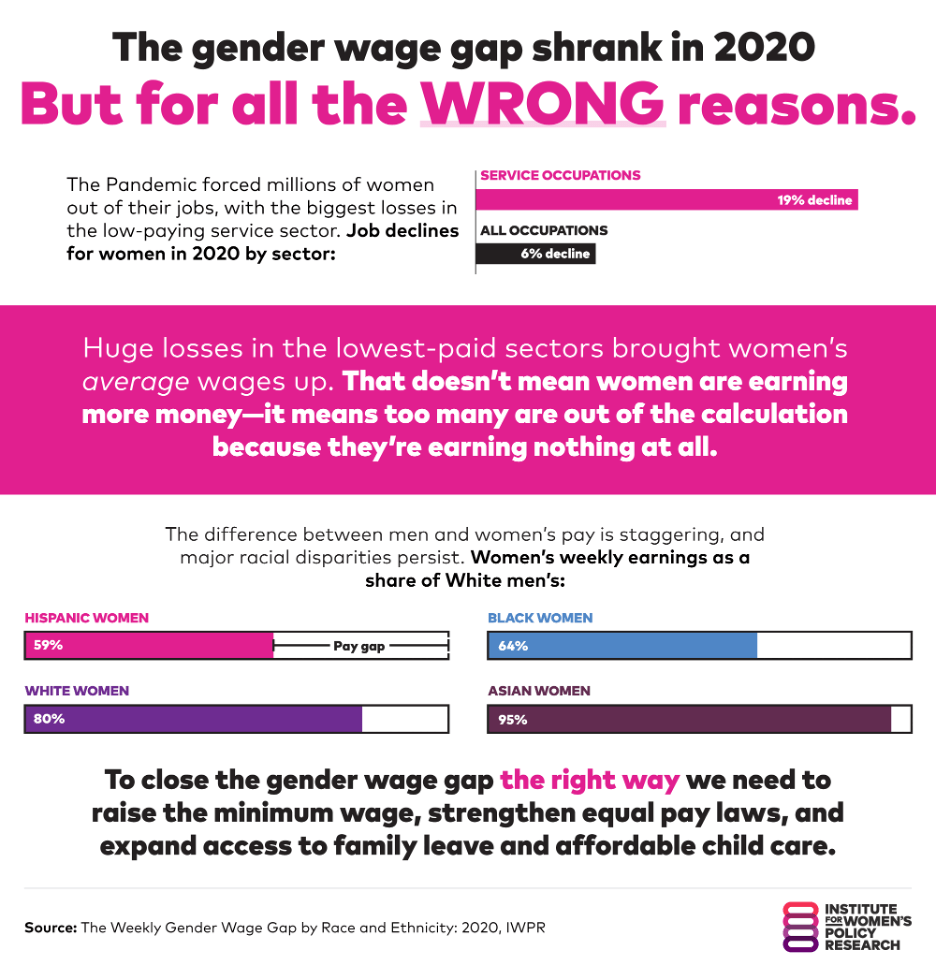