Most of last month’s change is attributable to a dramatic decline in Leisure and Hospitality jobs on payroll, where women lost 282,000 jobs compared to 216,000 for men, and decline in the government sector, where women comprise more than 90 percent of job losses.

Women’s job losses have been compounded by racial and ethnic differences, and Hispanic women have faced the highest rate of unemployment among women (9.1 percent).

While Black women lost 82,000 jobs on payroll, they also saw a 6.7 percent decline in the rate of unemployment to a rate of 8.4 percent. This is likely due to a decline in those looking for work, with a fall of their labor force participation rate by 0.9 percentage points.

“As the pandemic continues to drag on and businesses and schools remain closed, women will continue to fall out of the workforce,” said IWPR President and CEO C. Nicole Mason. “Any economic recovery package from the new administration will have to center those most impacted—women—and include opportunities for education and training, and contain economic and child care supports.” 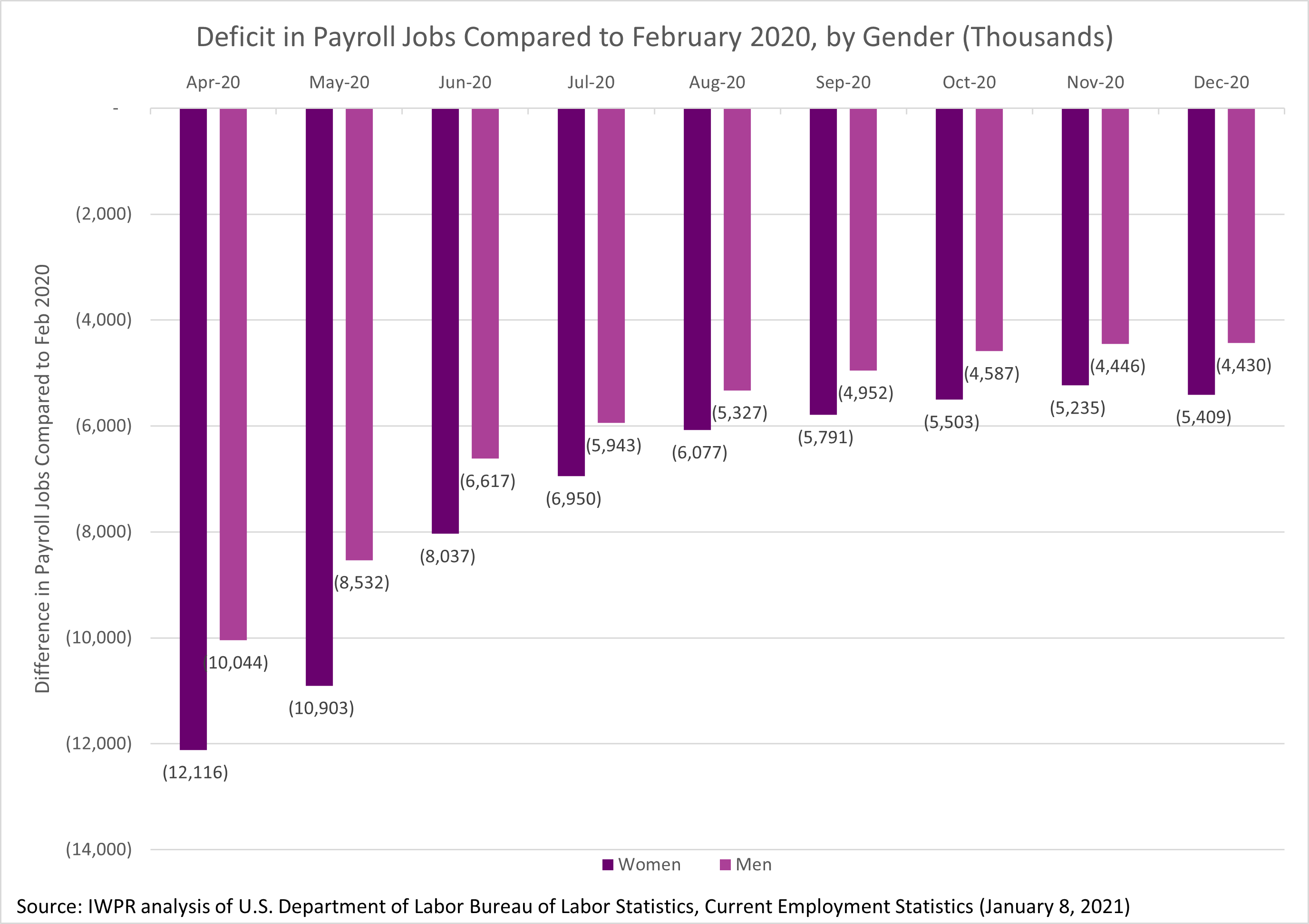 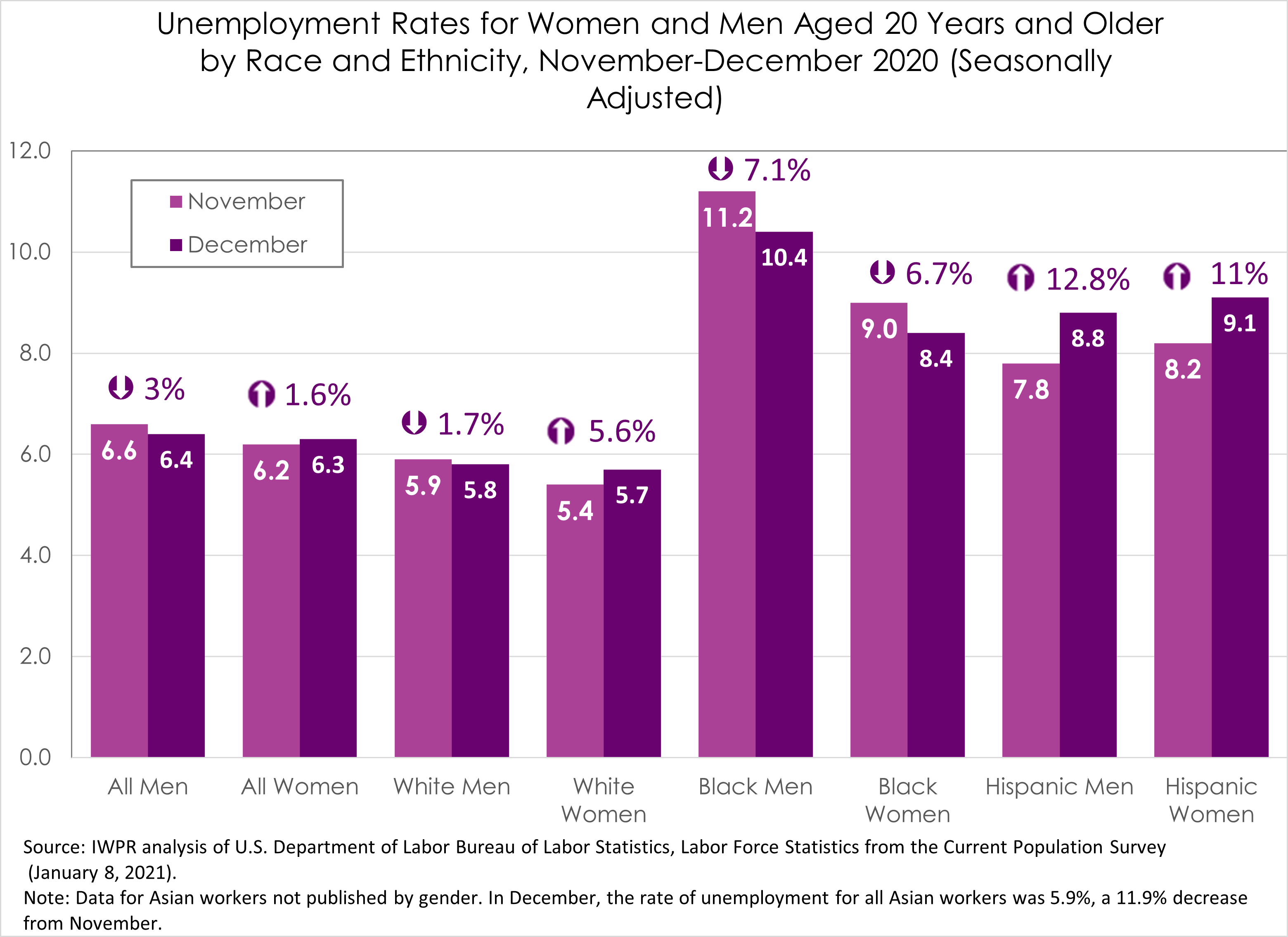 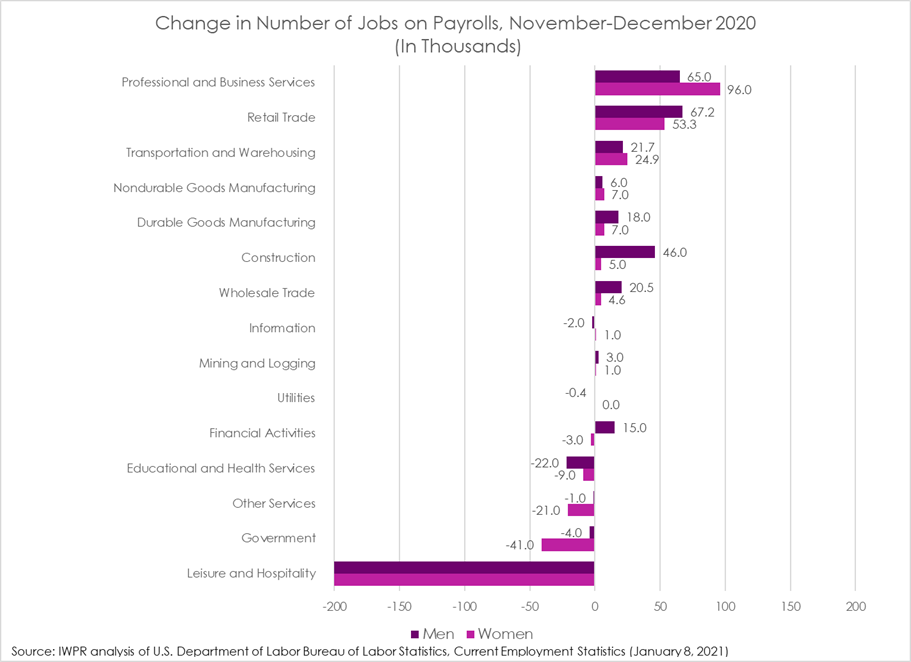