The War On Women Is Already Here

The War On Women Is Already Here

Women in unions who work full time earn 30 percent more than women who are not, according to data compiled by the Institute for Women’s Policy Research. Hispanic women see the biggest gains from belonging to a union; those without union membership earn only $565 a week on average, compared with $829 a week for their union counterparts, according to IWPR. That’s a 47 percent boost in pay. 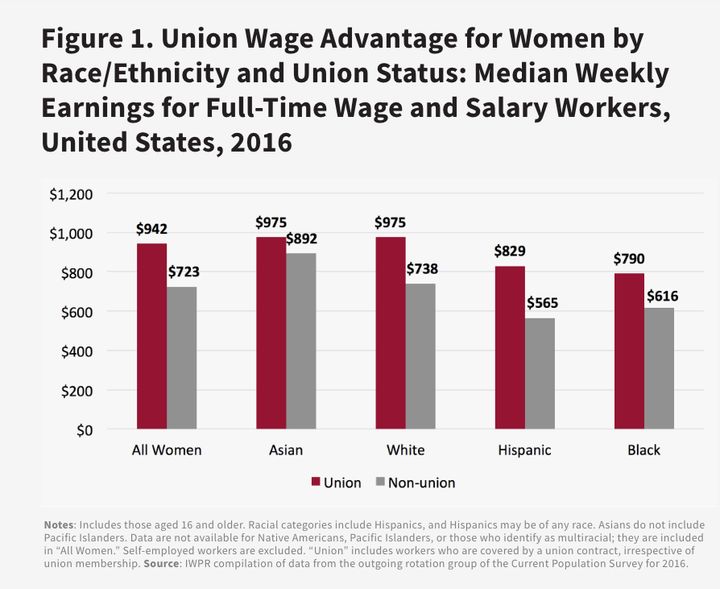 If you’re lucky enough to be a worker in a union, you’re much more likely to have good health insurance. Seventy-seven percent of women in unions have coverage, compared with a little more than half of nonunionized women, according to IWPR.