America's Economic Future Is Ever More Female, but Politics Lags

Home/Media/Press Hits/America's Economic Future Is Ever More Female, but Politics Lags
Previous Next

America's Economic Future Is Ever More Female, but Politics Lags 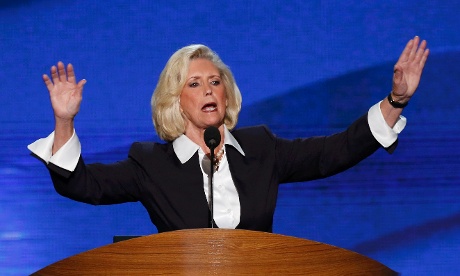 At the polls Tuesday, some voters will matter more than others. And those voters are likely to be women .

It’s a women’s election, and a women’s economy, for perhaps the first time in American political history.

We see some acknowledgment of the political power of women in the way the campaigns have courted women . But as to the economic power of women, the emphasis has been much lighter. President Obama cast healthcare, and abortion, as economic issues – which they are, partly. Ads for Mitt Romney included women worrying about student debt.

But the real economic power of women – over the coming fight over tax breaks, over unemployment, over wages – has been largely ignored during the campaign season, and is likely to be ignored after the election as well, unless women do something about it. Even though women hold more economic power than ever, women are still not indicating that they are willing to make these economic issues into flashpoints, in the way that health issues have been.

The jobs picture and the economy are usually secondary issues for female voters, trailing abortion by a large margin, according to a recent CNN poll. Abortion is the issue that women, at least in that poll, said they would consider the most important in the election – perhaps because it has been openly threatened more than the economic rights of women have.

But the economic rights of women are threatened – every time they’re not spoken about, every time they’re ignored in favor of another debate about empty chairs or a fringe politician’s definition of rape. When the news cycle and the campaign spin and the talking points don’t address the economic future of women, outside of healthcare, it’s like diminishing the growing influence of women as economic beings (and not only reproductive ones).

We’ve heard how women are going to be a political force in this election. Women make up over half of the population of the United States , according to the most recent US census. More women than men have voted in the past three presidential elections . Women also make up 60% of undecided voters – the crucial “swing vote” that has President Obama and Governor Mitt Romney running themselves ragged to win.

Even though undecided voters comprise only 4% of all voters, neither candidate has the luxury of sacrificing those crucial swing votes. This year, there is also a record number of women are running for high political office, with 18 women running for the Senate and 163 running for the House. But while women wield political power, they also wield the power to push for economic changes – power that is, currently, largely unclaimed.

University of Michigan economist Betsey Stevenson co-wrote a recent political piece on how families work – which, usually, depends on how women work . As she was doing her research, “the thing that struck me is this idea that women are secondary workers, on the sidelines in the economy thinking about joining the labor force.” That depiction is not accurate, Stevenson said: “They are very much in it.”

In fact, there is no question that women are an economic force now more than in any previous election. More than half of all women are the breadwinners in their households, and the number of women-owned businesses has grown nearly 66% since 1997 .

And yet, the economic power of women remains largely unacknowledged. Pay equity has been an all-but-absent issue during the campaigns, and certainly one without any concrete policy proposals on either side. Several of the tax breaks that may be impacted by the fiscal cliff affect women disproportionately, like the earned-income tax credit or the child tax credit that matter for single mothers.

Women have largely gained, not lost, jobs since 2009, according to the Institute for Women’s Policy Research . Still, there is a gap of 1.8m jobs between men and women.

It’s a given that not all women have the same economic interests, in the same way that not all women have the same religion or the same view on the US supreme court. In fact, the voting gap between married and unmarried women is even greater than the gap between men and women, said Emily Martin, vice-president and general counsel for the National Women’s Law Center. Single women have a very different picture of their financial power and interests than married women do.

As Betsey Stevenson pointed out, married women are in households where their interests interwine with those of their husbands. Perhaps for that reason, married women have been, in polls, similar to men: they lean towards Romney. Single women lean towards Obama .

But neither type of woman seems, so far, to lean toward holding the feet of the president and Congress to the fire over improving wages and equality in the workplace. It may not be long before women start thinking that way, at least according to one economist. Eileen Appelbaum, senior economist at the Center for Economic and Policy Research, says:

“If you’re not the main breadwinner in your family, then perhaps other issues, those social issues, may loom larger.

“But this has changed radically, because of the rising unemplo
yment among women, and because so many women are the breadwinner or the co-breadwinner in so many American households now.”

So, when it comes to the idea that women don’t vote according to the economy or jobs or government deficits, “that may be changing.”