November jobs report data released on Friday (December 3) by the BLS shows a mixed picture. Employers added jobs to their payrolls, but substantially fewer than last month, especially for women. A high number of women and men rejoined or entered the labor force. But fewer women than men entered, and the number of Black women in the labor force declined. Unemployment fell across the board, especially for Black women. A growing care economy gap—with elder and child care jobs declining slightly while overall jobs were added—highlights the challenges for women and men with care responsibilities. Women’s recovery continues to lag behind that of men.

For more details on the “she-cession” and the recovery, the care economy, and unemployment, see below.

November’s data also reveals where child care and elder care jobs fell further behind the overall economy. Jobs on payroll in nursing, mental health, and community care facilities, as well as child day care centers, declined. The gap between November numbers and pre-COVID- 19 jobs numbers has grown to 12.0 percent, while the gap for all jobs in the economy narrowed to 2.6 percent. Women still wait for access to quality care and quality care jobs to return to work. 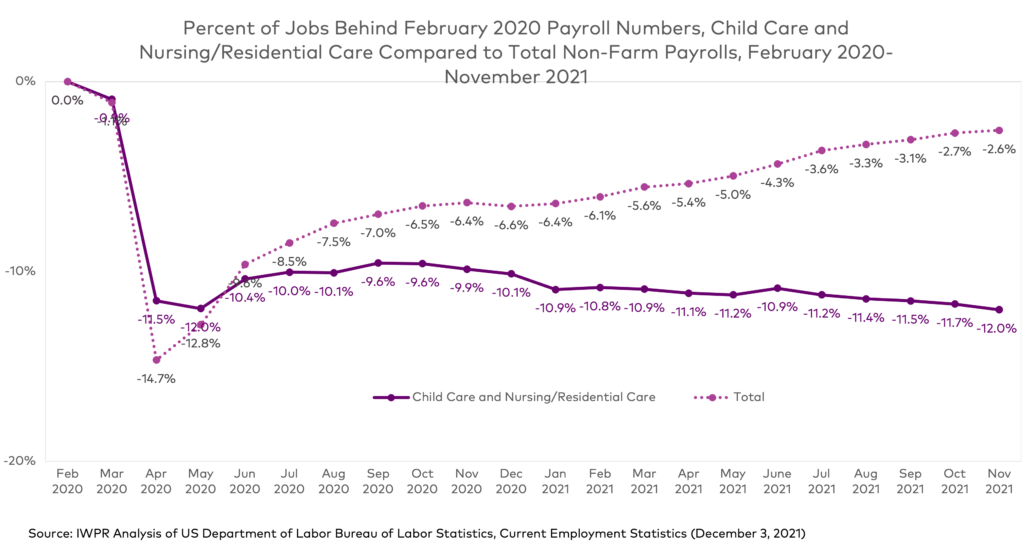 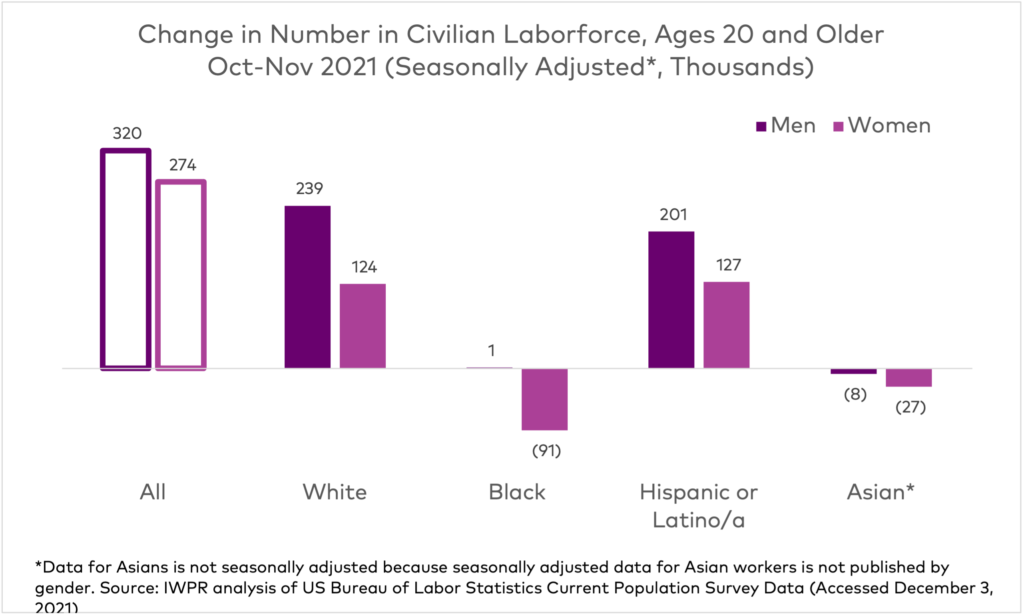 Racial and ethnic differences in unemployment persist but are slightly less marked this month. Adult Black women’s rate of unemployment is 1.35 times as high as White women’s, compared to 1.8 times as high in October. Latinas’ rate is 1.4 times higher, same as the month of October. 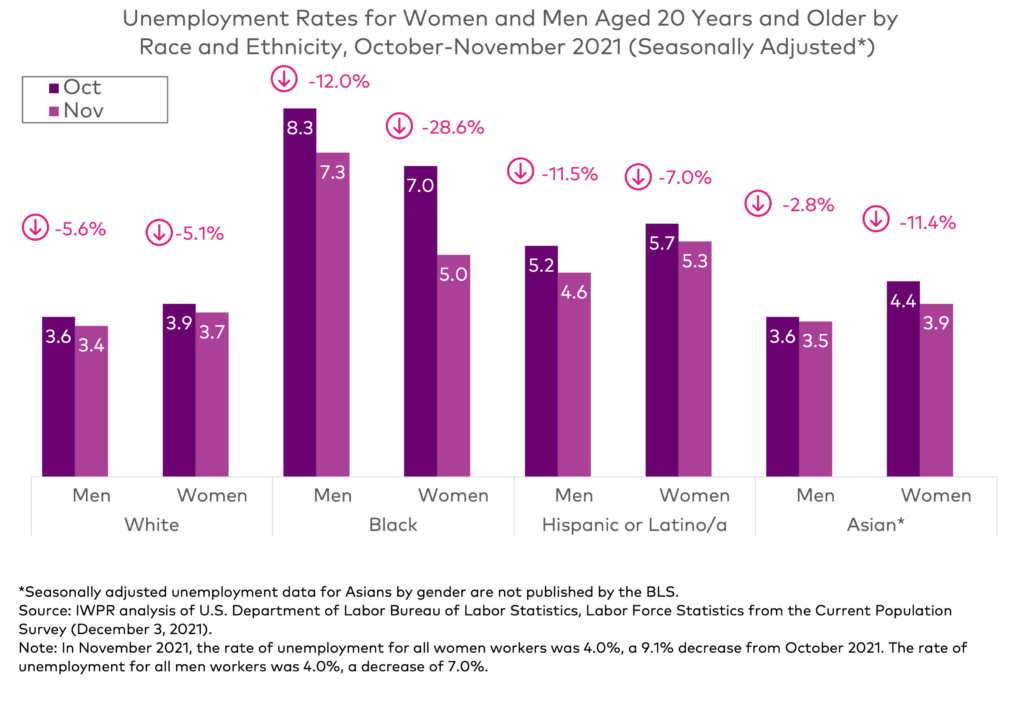