Status of Women in the Swing States: Ohio

Home/Media/In the Lead/Status of Women in the Swing States: Ohio
Previous Next

Status of Women in the Swing States: Ohio

“This election season, there’s an opportunity to create a system that works: one that prioritizes issues such as child care, paid family leave, and economic policies that do more than close the pay gap,” said IWPR president and CEO C. Nicole Mason in a perspective piece for Washington Post’s The Lily.

IWPR continues to push for gender equity in all forms. With the first presidential debate behind us, the 2020 presidential election is only 22 days away. In a continuation of our series on women and the political environment, we’re continuing to survey the status of Women in the Swing States and look at the bold policy changes needed to support a holistic and equitable recovery from COVID and the recession.

Ohio is a major battleground state, with its electoral college delegates going to the Republican nominee seven times and the Democratic nominee five times over the past twelve presidential elections. With 18 electoral votes, the state has voted for the victor in each presidential election since 1964. Now in 2020, with over 11.7 million residents, Ohioans will play a major role in the election outcomes on November 3.

Women are a major demographic group to watch this election cycle, as almost 60 percent of Ohioan women turned out to vote in the 2016 and 2018 elections. Their votes will determine policy related to reproductive rights, child care benefits, and education. The timing of the upcoming election will also play a role in determining COVID-19 response measures, next steps to target high unemployment, and school and child care closures. The recent polling averages, conducted by FiveThirtyEight, show Joe Biden with a +0.7 point lead in Ohio among all voters, but over 7 percent of Ohio voters are unsure whether or not they will submit a ballot.

Keep reading and learn about how women are faring in Ohio and what they need to improve their well-being—factors that may impact their vote going into the 2020 election. 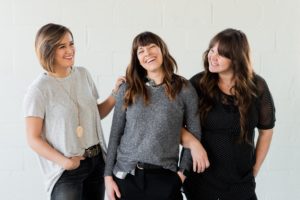 Our most recent Political Participation report gave Ohio a D+ grade, taking into consideration voter registration, voter turnout, women elected in office, and institutional resources available to women. Ohio ranked 28th out of 50 states. In 2016 and 2018, 71.1 percent of Ohio women were registered to vote, and 59.3 percent of women turned out to vote. Those numbers left Ohio in the top third of all states and DC for those categories, however, the state ranks 36th out of 51 in the Women in Elected Office Index. Only 3 women serve in the U.S. House of Representatives and Ohio has no women in statewide elected executive offices. Ohio should focus on getting asking women to run for office at all levels,  enacting reforms to address structural barriers that keep women from being able to run and serve in elected office, and ensuring equal access to voting for all women.

In 2018, Ohio received a C- grade for women’s Employment and Earnings and ranks in the bottom half of the nation. Women in Ohio aged 16 and older working full-time, year-round have median annual earnings of $38,000 – 76 cents to the dollar compared to men. These earnings are down from a median of $40,023 in 2004, but the overall ratio of women’s to men’s earnings has increased over the same time period. Of women aged 16 and older, only 58.8 percent are in the labor force, compared to 67.9 percent of men. Int terms of jobs, while 31 percent of women in Ohio work in low-wage jobs, there is a growing share of employed women in managerial or professional occupations (41 percent), which often provide higher wages and employment benefits. Ohio should focus on ensuring that all women have access to paid leave and the caregiving supports needed to stay in the labor force.

Ohio’s grade for Poverty and Opportunity dropped from a C- to a D+ from 2015 to 2018. Of women aged 18 and older, 15.8 percent living in poverty, a 4.8 percent increase since 2004. If employed women in Ohio were paid the same as men, their poverty rate would likely drop by half, while poverty among single mothers would drop by two-fifths. Despite these numbers, over the past two decades the percent of women with a bachelor’s degree or higher has increased by over 9 percent to about 28 percent of Ohio women. The number of women-owned businesses has also increased to 33.9 percent. Providing more entrepreneurship opportunities to women and girls while maintaining an emphasis on the higher education and training opportunities that will help promote further security for Ohio women and their families.

In our most recent report, Ohio received a grade of D+ for the Work and Family indicator, ranking 37th of 51 states and DC. This is in part due to Ohio’s low ranking (41 out of 51) on the Child Care Index, as over 90 percent of families with children are paying substantial fees for child care. Ohio also has a 23 percentage point gap in labor force participation for parents of children under the age of six. Yet, the state ranks in the top third for households with a breadwinner mother and the top fifth for the percent of single mothers as female breadwinners, with 52 percent and 53.1 percent, respectively. By promoting increased access to affordable child care, eldercare, and paid leave benefits, Ohio could relieve some of the challenges associated with caregiving while simultaneously allowing more mothers into the workforce.

In terms of Violence and Safety, Ohio school-aged student have limited access to civil protection orders and critical services, as well as poor school response to dating violence. Almost a quarter of high school girls report experiencing harassment or bullying at school or have been victims of cyberbulling. Ohio also does not require the surrender of firearms by individuals convicted of domestic violence crimes and does not bar gun possession on individuals convicted of sex crimes, stalking crimes, or domestic violence crimes. Revisiting these policy areas would allow more students to feel safe at school and in their communities.

Ohio’s highest grade came as a C for the Reproductive Rights indicator. As of 2015, 49 percent of Ohio residents live in counties with reproductive health providers and all public schools require sex education classes. Additionally, as of 2014, legislatures passed measures requiring insurance companies to cover infertility treatments. However, there is no public funding for reproductive rights, Governor Mike DeWine is not pro-choice.

Ohio residents received a D grade in Health and Well-Being. While 93.7 percent of Ohio women ages 18 to 64 have health insurance coverage, above the national average, the state has some of the worst outcomes for lung disease and breast cancer. Ohioans have one of the top five mortality rates for breast cancer patients and millennial women experience depression an estimated 22.6 more days than men. Policy efforts should be directed at making sure all Ohio women have access to quality and affordable health care.