Status of Women in the Swing States: Michigan

Home/Media/In the Lead/Status of Women in the Swing States: Michigan
Previous Next

Status of Women in the Swing States: Michigan

Leading up to Election Day, we are providing insights on the status of women in the swing states. This series looks at policies that support working women and families, and the bold policy changes needed to support a holistic and equitable recovery from the COVID-19 recession.

Today, we’re looking at the status of women in Michigan. Like in most states, women will be a crucial voting demographic for Michigan in the 2020 election cycle. In 2016, Donald Trump won the state by only 10,704 votes, or 0.23 percent. Working class women were a significant part of Trump’s narrow victory, and along with women residing in the suburbs, both will be crucial demographics to watch this November. In the 2016 and 2018 cycles, 72.8 percent of women were registered to vote and 61.8 percent cast their ballots, numbers that place Michigan in the top 10 states for women’s participation in both categories. In the context of the upcoming election, the COVID-19 pandemic, economic recession, the fight for racial equity, and school and child care closures, support for Trump has decreased among women since 2016. Many women voters, after choosing Trump in 2016, turned out and voted for Democratic women in the 2018 elections, including Governor Gretchen Whitmer and U.S. Representative Elissa Slotkin.

The Republican base in Michigan remains strong, however, and has a historically higher turnout than Democratic voters. This year, however, voter enthusiasm is high on all sides. In The Guardian’s poll tracker, Michigan voters appear to favor Joe Biden, as the Democratic nominee has an overall 7.1 point lead. 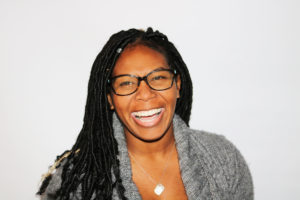 Michigan’s high voter registration and voter turnout numbers for women play a major role in the state’s rank of 15 out of 51 states and DC for the Political Participation indicator. However, with a C grade, the state still has room for improvement. Michigan ranks 23 out of 51 in the proportion of U.S. Representatives who are women (21.4 percent) and 15 out of the 51 U.S. Representatives are women of color (7.1 percent). Between 2004 and 2015, the share of state Senate seats held by women increased in 27 states. Among the 16 states where women’s share of seats decreased, Michigan experienced the greatest decline (from 28.9 percent in 2004 to 10.5 percent in 2015). Additionally, while one-third of all statewide elected executive office positions are held by women, none are held by women of color.

This election, Michigan must focus on voter participation and safe and equitable voting conditions. For long-term state-wide change, Michigan should also place emphasis on cultivating women leaders and providing the necessary funding and support for women to run for office, particularly for women of color.

For the Employment and Earnings indicator, Michigan received a C grade and ranked 30 out of 51 states and DC, an overall improvement from the 2004 reports. In 2018, median annual earnings for full-time year-round workers was $40,000 for women and $50,000 for men, resulting in a gender wage gap of 20 percent. For women with a bachelor’s degree, the wage gap widens, as the wage gap grows to over 25 percent. Hispanic women are at the greatest disadvantage, earning only 58 cents for every dollar earned by white men. In Michigan if the gender wage gap were eliminated, the poverty rate for women would drop by nearly half, while the poverty rate for employed single mothers would decrease by more than half, providing much-needed economic security.

Since 2004, Michigan’s grade for the Poverty and Opportunity indicated dropped to a C- and is ranked 24 out of 51 states and DC. Over 90 percent of women have access to health insurance and almost 30 percent of women have a bachelor’s degree. Both of these numbers are higher for women than men. Michigan ranks in the top 10 of all states and DC with regards to the percent of women business owners (36.8 percent), but in 2015, Michigan was one of the four states with the smallest growth in revenue for women-owned businesses. In terms of poverty, 15.7 percent of women live below the poverty line. Poverty numbers increase drastically for single mothers, as 44.6 percent of these households live in poverty compared to households headed by married couples with children (7.5 percent). Promoting additional health care reform, making higher education increasingly accessible, and providing support for single parents would all contribute to greater women’s economic security.

For the Work and Family indicator, Michigan ranks 44 out of 51 states and DC with a D grade. The state particularly struggles with elder and dependent care and child care in terms of access and affordability. Unemployment insurance does not cover family care reasons, dependent care credits are limited to child care, and the average cost of full-time infant center-based child care for one year is over $10,287. This child care cost comes to just over a quarter of women’s full time, year-round median annual earnings. In addition to caregiving, just over half of all households with children have a breadwinner mother and single mothers are over half of all female breadwinners. By increasing elder and dependent care, child care, and paid leave benefits at the state level, Michigan women and mothers would have more relief at home while also allowing more mothers to enter the workforce.

For the Reproductive Rights indicator, Michigan received a D grade and ranked 45 out of 51 states and DC in our most recent report. Regarding abortion services, Michigan requires parental notification and/or consent for abortion services for minors and mandates a waiting period prior to any of these services. Access to these services also poses an issue for women as only two-thirds of Michigan women live in counties with an abortion provider. The state provides no public funding for abortion and does not require schools to provide sex education despite its known ability to inform young individuals and enhance the quality of their relationships.

In our most recent report, Michigan received a D+ grade for the Health and Well-Being indicator, ranking 36 out of 51 states and DC. Two-thirds (65.5 percent) of older women are overweight or obese and the state ranks in the bottom ten for heart disease mortality. Black women are at a heightened risk for heart disease complications, as on average there are 226 deaths per 100,000 people compared to only 152 deaths per 100,000 people for white women. Additionally, women experience on average 4.6 days of poor mental health each month, compared to only 3.5 days for men. Future policy efforts should be dedicated to ensuring each Michigan woman has affordable and quality health care.