Status of Women in the Swing States: Florida

Home/Media/In the Lead/Status of Women in the Swing States: Florida
Previous Next

Status of Women in the Swing States: Florida

Florida has close to 22 million residents and is among the most politically diverse and divided states. With 29 electoral votes, it has the capacity to change the outcome of the upcoming 2020 election. 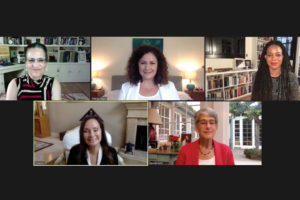 “How do we get to a workplace, a society, and an economy that values women as workers, primary breadwinners, intellectual equals, powerful women, and leaders?” asked IWPR president and CEO C. Nicole Mason, Ph.D. earlier this month in a Zócalo Public Square panel entitled, “Why Don’t Women’s Votes Put More Women in Power?”

These are the questions IWPR is asking as the first presidential debate airs tonight and the election looms 35 days away. That’s why we’re launching a series leading up to the election to explore women and the political landscape. We’ll be looking at the status of women in swing states, how the policies that support working women and families are addressed in the debates and election coverage, and the bold policy changes that are needed to support a holistic and equitable recovery from COVID and the recession.

First up, the status of women in Florida.

Florida has close to 22 million residents and is among the most politically diverse and divided states. Florida voters decided the 2000 election and, with 29 electoral votes, tied with New York for the third most electoral votes of any state, has the capacity to change the outcome of the upcoming 2020 election.

Among Floridians, women will be of one the most important voting demographics. Women in the United States make up the majority of registered voters and vote at higher rates than men. This holds true in Florida; in the 2018 election, 69 percent of Florida women were registered to vote and 55 percent voted, compared with 65 percent and 52 percent of men. This matters because women prioritize different issues than men and often focus more on “women’s issues,” such as health and education. In the context of the upcoming election, the COVID-19 pandemic, struggling economy, and school and child care center closures have negatively informed women’s views of the Trump administration. According to a July CBS News/YouGov poll, Biden holds a 13-percentage point lead over Trump among likely women voters in Florida (50 percent to 37 percent). 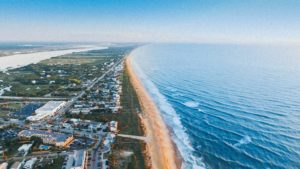 There is much at stake for women in Florida in the upcoming election. The outcome will decide whether policies are enacted that support women, their families, and their communities. Check out each of our Status of Women indicators below for a quick overview of how women in Florida are faring and what is needed to improve their well-being.

Political Participation: Our 2015 Status of Women report gave Florida a D+ grade for political participation. Our 2019 update for political participation showed not much changed in four years. Out of the 27 Florida members of the U.S. House of Representatives, 8 members are women, and no women from Florida served in the U.S. Senate. At the state level, a growing number of women are running for legislative office (85 in 2018 compared with 62 in 2016), but Florida ranks in the middle nationally in terms of the representation of women in state legislatures. Ultimately, institutional reforms such as campaign finance reform and programs that recruit women to politics may be needed to close the political representation gap. Read our report The Status of Women in Northeast Florida: Strengthening the Pipeline for Women’s Advancement to Leadership for more information.

Employment and Earnings: Florida has dropped from the middle to the worst third in the nation for women’s Employment & Earnings. Women in Florida aged 16 and older who work full-time, year-round have median annual earnings of $35,000, which is significantly lower than the median annual earnings of $42,000 for women in the U.S. overall. Women in Florida earn 87.5 cents on the dollar compared with men who work full-time, year-round and a mere 53.7 percent of women in Florida aged 16 and older are in the labor force, compared with 63.0 percent of men. Closing the gender wage gap would significantly improve women’s economic security.

Poverty and Opportunity: Florida’s D+ grade has remained unchanged since 2004. More women are earning bachelor’s degrees and women’s entrepreneurship is growing rapidly, but problems have stagnated. An astounding 15.4 percent of Floridian women aged 18 and older live in poverty, placing the state among the bottom third in the country. Expanding health care access through Medicaid, increasing opportunities for educational attainment for women of color, and increasing access to startup capital and government contracts for women business owners would all serve to promote women’s economic security. Read our report The Status of Women in Florida by County: Poverty & Opportunity for more information. 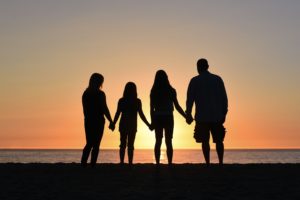 Work and Family: With a D-, Florida received its lowest grade on the Work and Family indicator. This is in large part due to its low score, 49 out of 51 states and DC, on the Elder and Dependent Care Index. The gap between fathers’ and mothers’ labor force participation is also a contributing factor. This could be resolved with better opportunities for elder and child care and conditions for care workers. Paid family leave and paid sick days would also benefit families; in at least one Florida county, 45 percent of workers lack even a single paid sick day.

Violence and Safety: Almost twice as many female students in Florida have reported experiencing sexual dating violence as male students (13.1% and 7.7% respectively), underscoring the need for policies that protect survivors of domestic and sexual violence. However, Florida does not bar gun possession or require surrender of firearms for misdemeanor domestic and sexual violence crimes. Closing this loophole would serve to protect the safety and well-being of survivors.

Reproductive Rights: Florida received its highest grade, a C, for Reproductive Rights. While the governor is not pro-choice and a mandatory waiting period for abortion has been enjoined, the policy is not in effect and Floridian women have increased access to abortion, with almost 4 in 5 living in counties with an abortion provider.

Health and Well-Being: Floridians received a C- grade for Health and Well-Being, but this could be increased with expanded health care coverage, especially for the elderly. As of our last analysis, Florida ranked 50th in the nation for its share of nonelderly women with health insurance (78.3 percent), well below the national average of 85.4 percent.