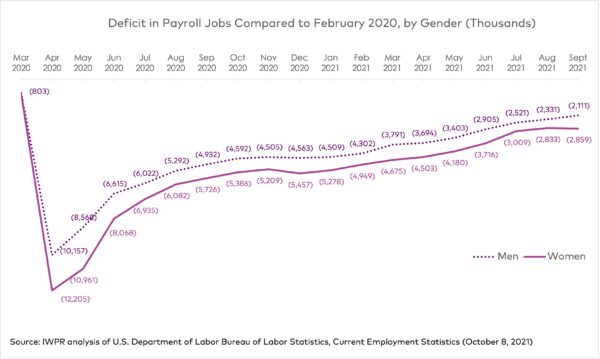 #JobsDay is here! New data show decline in women’s jobs on payroll, for the first time since December 2020. Men’s jobs on payroll increased by 200k while women’s fell by 26k. The gender gap in recovery widens. Women are still 2.9 mil below pre-COVID-19 levels, men are 2.1 mil below. #shecession 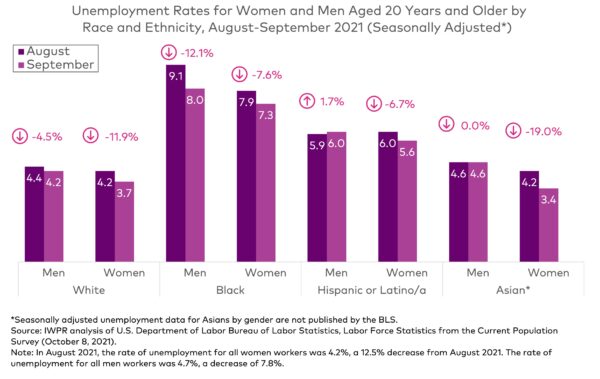 The risk of #unemployment continues to vary strongly by race and ethnicity. Black adult women’s unemployment is TWICE AS HIGH as White women’s, and Latinas’ 1.5 times higher. #jobsday 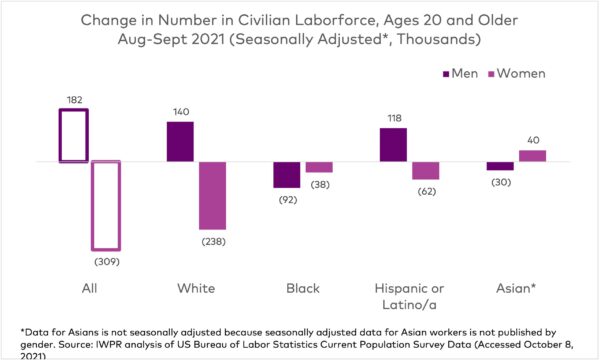 New #JobsDay data from the beginning of the school year in Sept show a DECLINE in labor force numbers for women by 309k while men’s increased by 182k. Black women’s numbers dropped by 38k, Latinas 62k, and White women 238k. Numbers for Asian women (unadjusted) increased by 40k.

New #JobsDay data for the beginning of the school year shows that, in August and September compared to July, the number of women ages 25-44 (key parenting years) in the labor force dropped by 381k, by more than four times as much as the decline for men (81k). #shecession