Construction and Utilities Are the Only Industries Where Women Have Added Jobs Since COVID. Now the Task Is to Make Them Want to Stay.

Home/Media/In the Lead/Construction and Utilities Are the Only Industries Where Women Have Added Jobs Since COVID. Now the Task Is to Make Them Want to Stay.
Previous Next

Construction and Utilities Are the Only Industries Where Women Have Added Jobs Since COVID. Now the Task Is to Make Them Want to Stay.

There are just two major industries where there are now more women on payroll than there were before the COVID-19 pandemic, Construction and Utilities. Last month, in August 2021, IWPR’s analysis of data from the Bureau of Labor Statistic shows that there were 1.026 million women on employer payrolls in the construction industry, 30,000 more than in February 2020; men’s jobs declined slightly over the same period, from 6.65 million to 6.39 million. Women’s jobs in Utilities grew by 1,300.

In all other major sectors, women’s jobs on payroll are still below February 2020 levels- in some sectors substantially so (Chart). While men’s jobs are also still way below pre-COVID levels in many sectors, their recovery has been stronger. (A quick note on definitions: ‘jobs on payroll’ data are collected from employers; ‘employment’ data is collected from households about individuals; one individual may work for more than one employer, and thus may be counted twice).

What are we to make of these trends?

First, this trend is genuinely new: in past economic downturns, women lost more jobs than men while this time women increased their share of jobs in construction.

Second, change is sorely needed. Only 10.9 percent of all construction workers (including managers and back office staff) were women in 2020, and even after the recent improvements, women’s share of construction trade workers is just 4.0 percent. The women who make it into the trades are much more diverse than the general workforce and make good wages, especially in union jobs, but still far too few do.

Third, the trend likely reflects serious recruitment problems because of the need to replace skilled workers getting close to retirement and to fill an estimated  430,000 new jobs this year alone.

Fourth, pressure and resources for technical assistance from the Department of Labor, new EEO requirements for apprenticeships, and the long-standing efforts of women-focused pre-apprenticeship programs and the National Taskforce on Tradeswomen’s Issues may finally be paying off. Knowing that U.S. Secretary of Labor Marty Walsh was a key supporter of diversity and equity goals in the construction trades will likely also help, particularly in view of pending infrastructure funding.

The challenge now is to sustain and grow these changes. The construction industry has notoriously high turnover rates and struggles to attract and retain talent. Our 2021 IWPR Tradeswomen’s Retention and Advancement Survey (report forthcoming) found that just under half of all women working in construction trades say they are seriously thinking about leaving their jobs; harassment and discrimination are the most prevalent reasons they give. Getting women in is only the first step; the next task is ensuring a working environment that is truly welcoming to women and to all construction workers. 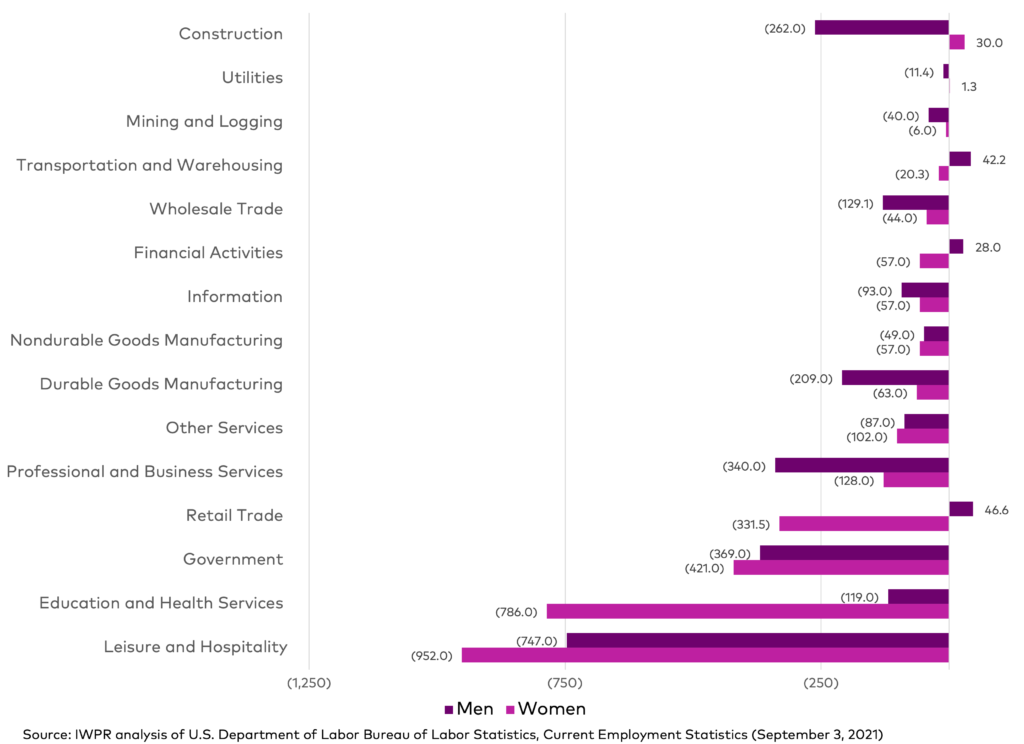