Almost a Year and a Half Later, Black Women Continue to Be Hard-Hit by the Pandemic

Home/In the Lead, Race, Ethnicity, Gender, and Economy/Almost a Year and a Half Later, Black Women Continue to Be Hard-Hit by the Pandemic
Previous Next

Almost a Year and a Half Later, Black Women Continue to Be Hard-Hit by the Pandemic 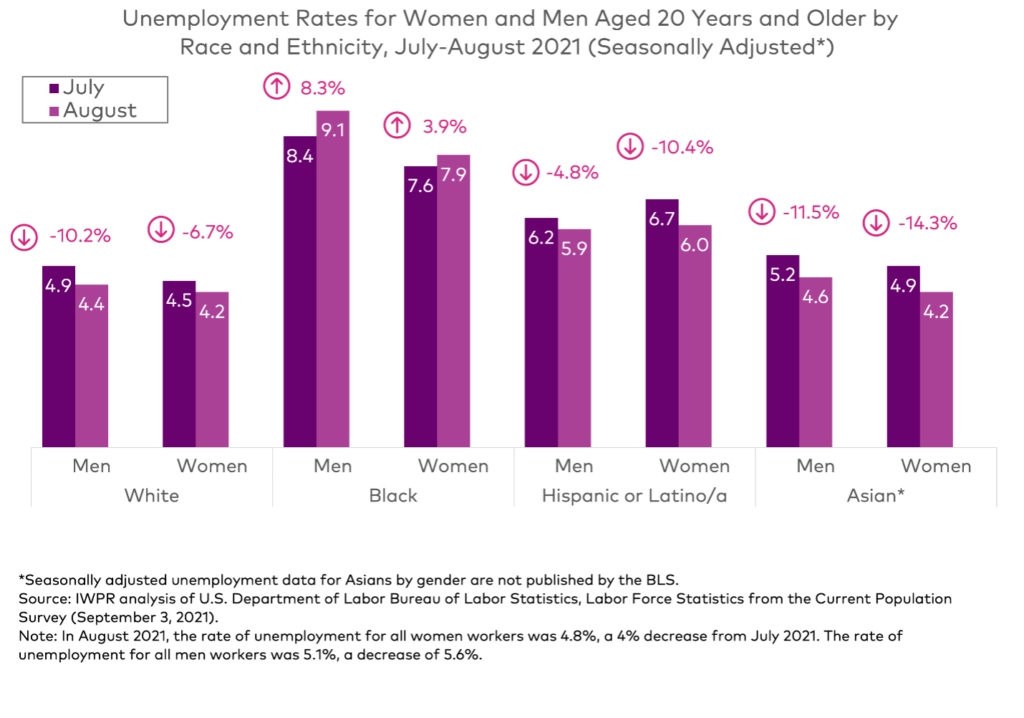 Many factors contributed to Black women’s increased unemployment. More Black women entered the labor market in August, signaling an expectation of finding work while employers reported they were unable to find workers. Despite their increased labor force participation, many Black women were not able to secure employment. William Spriggs, chief economist to the AFL-CIO, found that Black workers with an associate’s degree had a higher unemployment rate (6.9%) than White high school dropouts (5.8%)—indicating the labor market is not as tight as it seems and that employers are still exercising their preferences for specific groups of workers.

Black women also faced a labor market where the jobs that disproportionately employ them—jobs in leisure and hospitality, education and health services, and government—saw large declines as a result of the spread of the Delta variant of COVID-19. Further disadvantaging Black women is the loss of 5.9 thousand jobs in child care centers. These job losses not only mean fewer available jobs but also reduced access to child care for the 78.8 percent of households in which Black women are breadwinners.

Together, these factors point to the importance of maintaining employment in state and local government, the safe re-opening of both schools and child care centers, and continued access to unemployment benefits and housing assistance.