The Gender Pay Gap, 1960 to 2020—with Forecast for Achieving Pay Equity

The Gender Pay Gap, 1960 to 2020—with Forecast for Achieving Pay Equity

If progress continues at the same rate as it has since 1960, it will still take another 39 years, until 2059, to reach full equity between women and men among full-time, year-round workers. 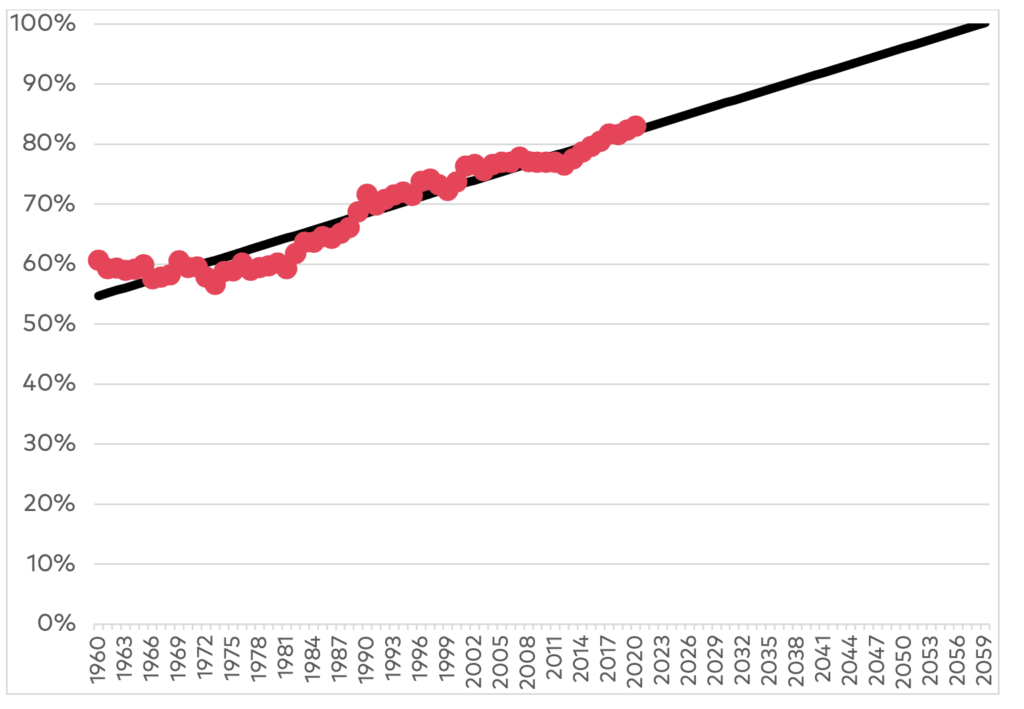 Note: Estimates are based on median earnings ratios between women and men among full-time, year-round workers, 1960 to 2020. Since 2014, the Census Bureau has made a series of changes in data collection and processing methods to improve the income content of the Current Population Survey Annual Social Economic Supplement. With the 2018 data release in September 2019, the Census Bureau has completed data processing improvements for the imputation of missing data on income and earnings. IWPR estimates use the most recent data series that incorporate all these changes.