Despite modest employment gains, women still 5.5 million jobs below pre-pandemic level, and more than twice as likely as likely as men to have exited workforce since February

New October jobs data show women gained 280,000 (43.9 percent) of 638,000 new non-farm payroll jobs since October. The pace of the recovery has slowed considerably, with jobs growth again smaller than in the previous month. The number of women on non-farm payrolls is still 5.5 million jobs below February’s levels, compared with 4.6 million fewer jobs for men (Figure 1).

Figure 1: Slowing Progress in Getting Back to Pre-COVID Jobs Numbers. Women are Lagging behind Men in the Recovery.

Job growth for women was strongest in Leisure and Hospitality, adding 161,000 jobs in October. Yet, overall employment in this sector is at just 77 percent of its pre-COVID levels. Leisure and hospitality jobs are particularly vulnerable to the renewed surge in COVID-19 cases.  While the number of workers on payroll increased in most part of the economy, employment in state and local government declined sharply (Figure 2). 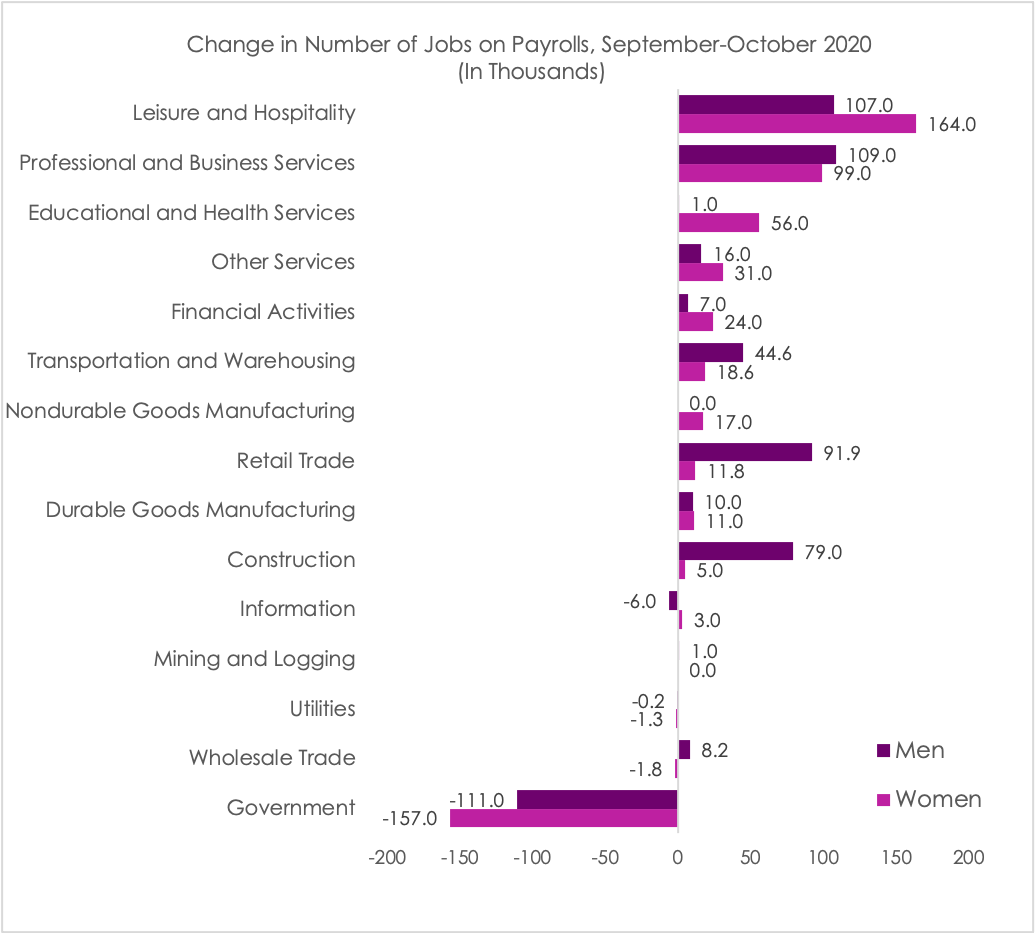 Job losses in the government sector were particularly pronounced in state and local education services.[i]  Employment levels in the Childcare sector also continue far below pre-COVID levels. The Child Care sector added only 8,000 new jobs, and employment levels are still 17 percent below February levels. [ii]  Women are the majority of workers in childcare and in schools. Women are also those who have been most impacted as child care and schooling services have broken away.[iii]

More women than men joined the workforce in October, but the change failed to make up for the large decline in women’s numbers in the workforce in September Figure 3). Overall, there are 2.2 million fewer women in the civilian labor force than they were in February 2020, a much steeper drop than in the number of men (1.4 million).[iv]

The extent of change in labor force participation differs sharply by race and ethnicity. The numbers of Black and Latina women in the civilian labor force have declined much more sharply than those of men, and of white women (Figure 4).

Figure 4: The Numbers of Latina and Black Women in the Civilian Workforce have Fallen Much More Strongly since February than those of White Women, or Men 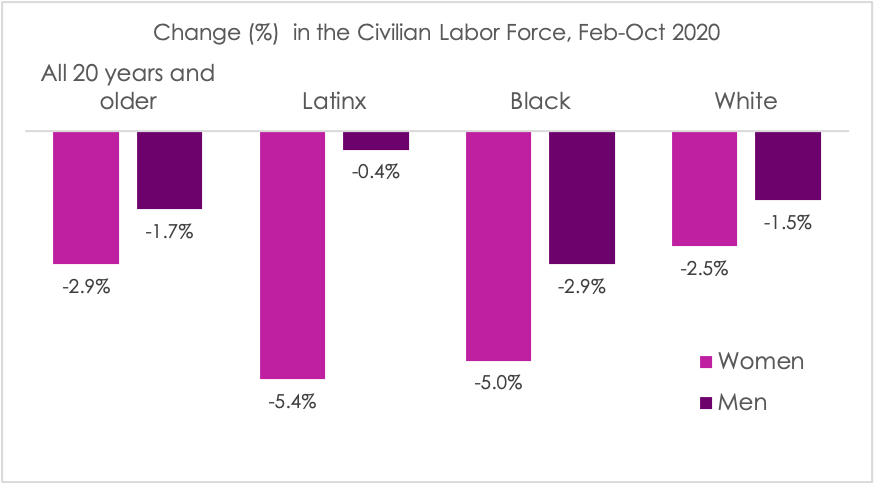 Figure 5: As the Rates of Unemployment Fall for all Major Groups, Black and Latina Women Continue to Face much Higher Rates than White Women 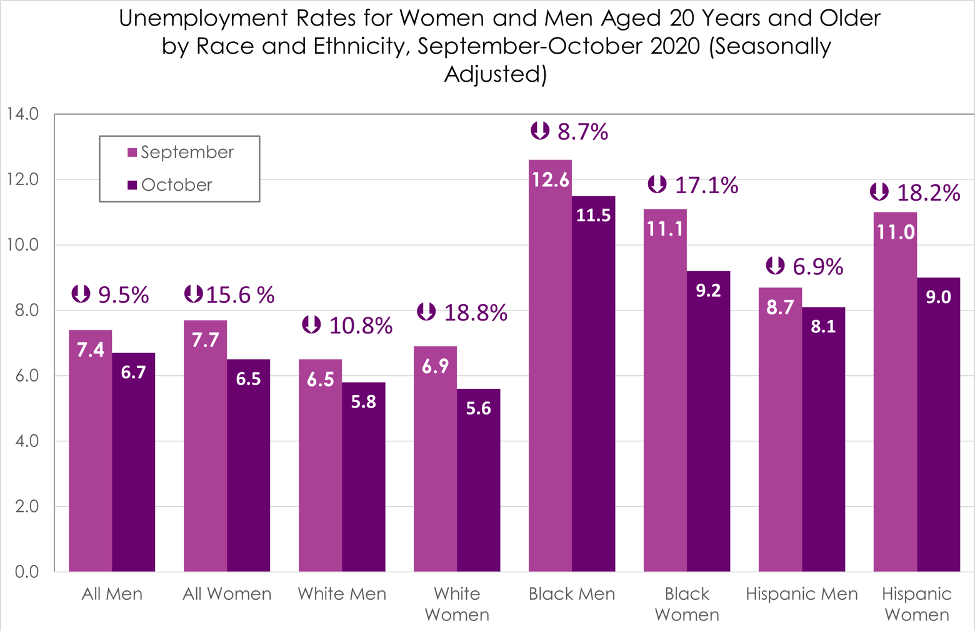 Note: Data for Asian workers not published by gender. In October, the rate of unemployment for all Asian workers was 7.6%, a 14.6% decrease from September.
Source: IWPR analysis of U.S. Department of Labor Bureau of Labor Statistics, Labor Force Statistics from the Current Population Survey.